ABC iview is an application that allows you to watch all the ABC TV local and national channels anywhere from across Australia. In this tutorial, we will show you an easy method to stream ABC iview via Chromecast to your smart TV.

Actually, ABC iview is offered by the Australian Broadcasting Corporation to broadcast ABC TV channels. Whenever you are on the outside of the home, you can watch all the services it offers with the help of the ABC iview app from your smartphone or tablet.

What if you wanna Chromecast to your TV? Don’t need to bother about it because there is a cast or screen mirroring option in the app itself. So, you can easily Chromecast to the TV without any hassle. Now use below guidelines to Chromecast and watch on-demand video services on your TV.

Must Read: How to Chromecast Google Play Music?

How To Watch ABC iview on Chromecast?

There are two methods to cast ABC iview to TV:

First, install the latest version of the ABC iview app on your mobile phone. You can use the Google Play Store or Apple App Store to download ABC iview App.

After the installation, Open ABC iview app from your mobile device.

Next, tap on the Cast option from the app which appears on the top-right screen.

When you click on the cast, you can find the Chromecast device name which you need to connect. Now tap on it to cast.

It’s time to watch Live TV and other programs from your ABC iview app to TV by using the casting method. In case, wanna stop the casting to TV, just click on the cast option and then tap on stop casting from your smartphone.

#2 Steps To Chromecast Using Your PC

You can simply cast a TV episode or any program from their official website itself. All the casting process will be done by using the Google Chrome browser from your device. Let’s see how it is:

Now you are on the home page of the ABC iview’s site. From there, pick any video from the list of the episodes. 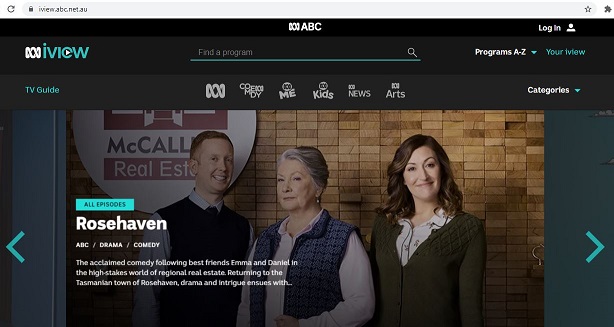 Next, the selected video will be played. Click on the Customize and control Google Chrome option which is there is on the right side corner.

Here, you will see a few options and then select the Cast option. 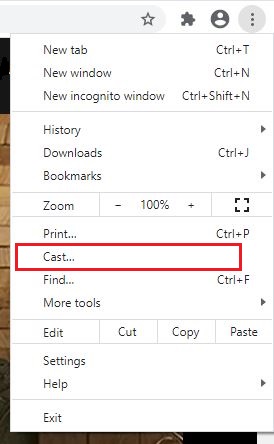 After selecting the cast option, you will find the Chromecast device on the cast tab. Tap on Sources and then select the Cast tab.

After changing the option, select the Chromecast device to start casting. Next, the casting icon will be shown in blue color which you can see on the browser.

In a moment, your casting video will be displayed on the connected TV.

By following any of those two methods, you can Chromecast ABC iview to your smart TV. Now watch Live TV, children’s programs, comedy videos, and more from the ABC iview App.